Most homeowners in Singapore opt to install shower mixer sets so that they can easily adjust the temperature and pressure of their water. After a number of years, just like any other bathroom fixtures, the shower mixer set might get damaged. Most people do not really get bothered if there is a slight problem with their shower mixer tap (e.g. Fidelis One-way Shower Mixer Tap FT-8203) but little do they know that they should be aware that the problem usually worsens especially if not fixed right away. If, in any case, faced with a major problem, it is advisable to replace the shower mixer set since it might get more expensive by repairing a number of times. Some of the most common reasons for shower mixer set replacement are listed below. 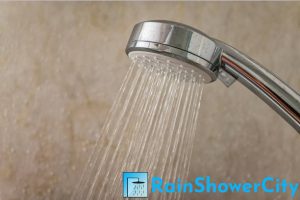 Ideally, hot and cold water should be mixed in a shower mixer set so that the warm water in the shower reaches the desired temperature. One of the factors to consider when choosing the right shower mixer set is to ensure that it can give your desired water temperature and it will stay at that same temperature. In some cases, the user may notice that the water from the shower is either only very hot or very cold. This is probably because the shower hose is damaged or kinked due to which only hot or cold water is entering the shower. 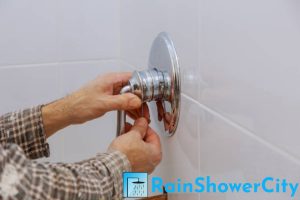 If the water in the shower mixer set is very hot or cold, one of the main reasons may be that the inlet to the shower mixer is blocked due to deposits, malfunctions, or other reasons. Often it will have a filter that is clogged with debris, due to which hot or cold water will not flow in. In some cases, the valves may be closed affecting the water flow. In rare cases, thermostatic mixers may be damaged. Replacing the filter or valves may resolve the problem however, if this solution does not work, look into the shower mixer tap, or the thermostatic valve or it can be a clear sign your shower set is up for replacement. Also, homeowners should be aware that thermostatic mixers are fairly expensive, so installing a new shower mixer set may be cost-effective. 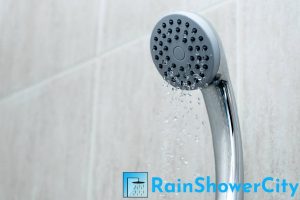 If there is a problem with the shower head or shower faucet, the water flow rate from the shower head will be reduced. One reason why your shower set is experiencing low water pressure is because of the mineral deposits and dirt that clogs the shower heads and shower mixer sets. It can be removed with cleaning fluids or vinegar along with the filters. In rare cases, the shower hose may be twisted or bent and should be replaced if it cannot be straightened. If this does not solve the problem, one or more components in the shower mixer set are damaged, blocking the water flow, so replacement is recommended.

When Water Is Dripping Out Of The Shower Head 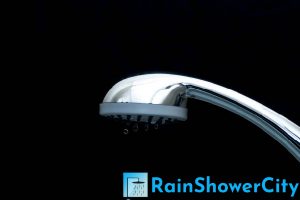 One of the things you need to know about shower mixer sets is that there should be no water that drips at the shower head when closed. However,  in some cases, the water may continue to drip because the gaskets, and seals used in the shower system have developed holes or cracks. Replacing the damaged components may help solve the problem in some cases. As for other cases, installing a new shower mixer set is the best solution.

If any problem with the shower mixer set continues for more than a week, homeowners should know that there are advantages to hiring a plumbing professional for the installation of the shower set’s mixer or even for a replacement service. It is best to contact reputed plumbing professionals like Rainshower City Singapore, one of the top-rated professionals in Singapore for all kinds of showers, including rain shower sets, shower sets, shower head sets, and shower mixer sets. Our trusted and experienced plumbers and installers have done a wide range of rain shower installation, shower faucets, and other plumbing fixtures on a wide range of residential and commercial properties. Our professionals will help homeowners know how to choose the right shower set for their bathroom. We take pride in our high quality workmanship so that the user will not face any kind of problems with the shower system for a long time. We guarantee that the installation or replacement of the shower mix is planned properly and executed efficiently. We work closely with the client to ensure that all his requirements are taken into account.

As a  homeowner, it is vital to know things like tips for cleaning and maintaining your shower set or knowing when your shower mixer set is up for replacement. You might be wondering what instances can signal that It is time to replace your shower mixer set. Well, firstly, if you have been using your old one for years it can result in overuse then going to serious damage. Next, if you have been wanting to upgrade your shower’s water pressure, if it is intermittently running hot or cold water, permanently running hot or cold water, or if there is some kind of leak from the shower head or reduction in the water’s flow rate.

Whenever faced with the following situations, it is best to contact a plumbing professional who is an expert in showers like Rain Shower City Singapore. Our staff is all trained and experienced in installing or replacing shower mixer sets. We have all the necessary tools to finish this project in no time while also ensuring the quality of our work. If you wish to contact Rain Shower City Singapore, you may do so by visiting our website.

How To Choose The Right Shower Set For Your Bathroom

6 Reasons Why Rain Shower Sets Are Popular in Singapore