After noticing that your shower is not working properly, maybe it is time to install a new shower set. Do not worry, there are a lot of options in the market. However, there is one that is gaining popularity in Singapore which is the shower mixer set. If you plan to invest and know all about one, then continue reading this article and discover all that you need to know.

A shower mixer is a type of shower that connects to the hot and cold water supply in your house. It combines cold and hot water inside a valve before the water passes through the shower head set. Compared to electric showers, they produce a much stronger flow, but the flow still depends on your water system’s pressure. You can control the water temperature and flow by adjusting your bath taps or shower valve. 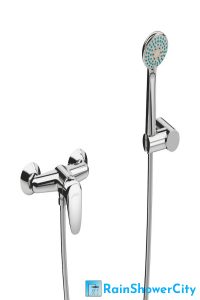 A single lever shower mixer set is a type of shower that has one lever that allows you to control the water flow through up and down motion. One example of such is the Fidelis One-Way Shower Mixer Tap FT-8203. Through the sideways motion of the lever, you can adjust the water temperature. When installing a shower mixer, you can choose from two types of shower taps – A concealed shower wherein the plumbing fixtures will remain hidden behind a wall revealing only the shower lever valve, or an exposed shower where the shower valve and plumbing are visible on the wall. 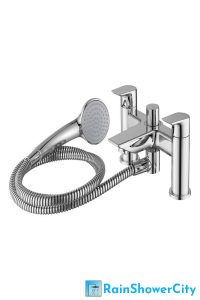 This type of shower set product comes with two types of control – one controls the temperature, while the other operates the flow. The concentric model allows you to choose a temperature setting and maintains that setting for your next shower. In some water tap models, diverter valves are placed instead of flow controls. These valves allow you to switch the water flow between the showerhead and bath filler, or between two different showerheads.

A bar shower mixer set comes with two controls and both of these controls are found in one bar like the Essence Shower Mixer Tap from Grohe Shower. Each control adjusts either the water temperature or water flow. You can opt for diverter valves instead of flow controls if it is to your liking. They allow you to switch water between the overflow showerhead and a completely separate shower handset.

The following factors determine the cost of a shower mixer set replacement or installation.

Checking for the quality, size, function, design, and type of material can guide you when searching for the right shower tap. These factors affect the cost of the shower mixer set greatly. Believing that you will save money when you opt for a lower quality shower mixer set is a myth. Such shower sets tend to malfunction quickly which will eventually end up with you paying more for a replacement. Instead, it is wise to opt for a high quality faucet from the start.

It is also important to get your new rain shower set installed by a professional plumber with rain shower set services. They have the right skills in installing faucets and shower sets in plenty of homes in Singapore. They can also guide you in choosing the shower set best suited for you and your needs, and install it properly and efficiently.

If you are looking for a shower mixer set for your bathroom, you should be aware of the various types of mixer showers so that you can choose the best model for your home. It is recommended that you engage a professional plumber for installation and that they provide an end-to-end solution where they can guide and assist you in selecting the right faucet for your bathroom as well as provide installation services.

This article was reproduced from Tap Faucet City Singapore.

July 27, 2022 by rainshoweradmin9 9
© 2022. Rain Shower City Singapore. All Rights Reserved Terms of Use and Privacy Policy
Open chat
Hi, do you need some help with rain shower services? Text us now!