Singaporean households use the shower such as the Rubine Shower Set in their bathroom regularly for taking a relaxing bath. Like most other bathroom accessories, the quality and installation of the rain shower set greatly affect its performance and durability. At first, you might not encounter any problems with the rain shower set and will experience having their desired water pressure when bathing.

However, they will start to notice after a few or more years that their shower might start to be faulty. In some cases, the shower head set has a problem, or there may be other problems with the rain shower set. Here are some indications that your rain shower set should be replaced. 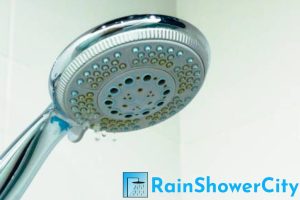 Water should only flow from your rain shower head when it is switched on and there should not be any water flowing. However, most of the time, after being used for several years, your shower head set will start to have leaks after it has been switched off. Other than the dangers and factors causing the leak, other parts of the rain shower set can be damaged by the leaking water. In some cases, there may be loose or missing screws, nuts, bolts, or washers that can be easily fixed. In other cases, however, some parts of the rain shower may be damaged or corroded, so the shower set should be replaced.

Dissolved mineral salts are usually present in the water, and sometimes, they may be muddy. One way to know if you have a faulty rain shower set is if the water flows through at a high-temperature pressure, and some of the impurities are deposited on the inside of the shower head. Water flow in the shower is reduced by this build-up of dirt and other sediments. Even so, the lime, calcium, and other deposits may be removed but due to chemical reactions, other components in the shower may get damaged or corroded. That is why it is better to remove the sediments if there is more buildup. 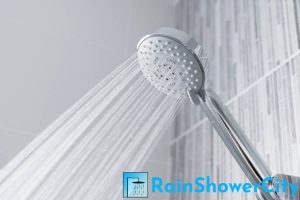 Water from showers with heaters should ideally be warm at the pre-set temperature. In some cases, however, one or more valves in the rain shower may be malfunctioning even if there are no issues with the water heater. This makes the temperature of the water from your rain shower fluctuate, for some time it is warm and then suddenly changes to cold. As repairing the valves is expensive, it is better to replace your rain shower set. When replacing it, consider the factors affecting the cost of a rain shower set installation.

The Appearance of Mold Build-up

In areas with high humidity levels, mold, mildew, and fungi will thrive. These can lead to respiratory problems, allergies, and other health issues. Molds like this are black or green and are difficult to remove, so it is better and safer in the long run to replace your rain shower set. 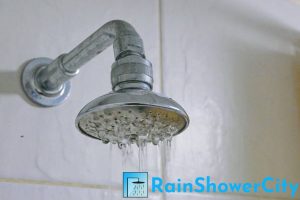 Sometimes water flows from your shower very slowly, making showering a hassle. This is due to sediments, debris, and damaged components which makes the water pressure in your shower fluctuate often after being used for several years. With this, it is best to replace your rain shower as soon as possible. However, do take note of the factors to consider before installing a rain shower set for your bathroom.

Many families in Singapore take relaxing baths on a daily basis, but after a few years of usage, these showers may show issues in their performance. This can disrupt their relaxing baths. There are 5 signs to look out for when you need to replace your shower set such as leaks are noticed, there is built-up sediment, sudden water temperature changes, mold build-up appears, and fluctuations in water pressure. It is very important to spot this as soon as possible. If not, it may result in a bigger problem and expenses, and in that case, it is best to seek the help of a professional shower set installation service like Rain Shower City. We provide a one-stop supply and installation service.

This article was reproduced from Tap Faucet City Singapore.

How To Choose The Right Shower Set For Your Bathroom

6 Reasons Why Rain Shower Sets Are Popular in Singapore