Most people take a shower daily and if the shower malfunctions it can adversely affect their daily routine. Due to this, homeowners would like to install a shower set that they can afford and best suits their needs. If they have not purchased a shower set in Singapore earlier or are purchasing after many years, he/she should be aware that designs of shower sets have greatly improved in the last decade. Hence, information on the different types of shower sets and options available are provided, to help the homeowner choose the right shower set for their bathroom. 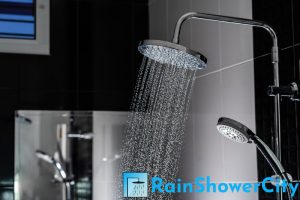 Homeowners should pick showers that provide warm water at high pressure, so the mechanism used to regulate temperature and pressure varies depending on the type of shower set.

One tip to remember when purchasing the best shower set for your home is to find the perfect balance of pressure and temperature. The pressure and temperature of the water in the shower might change depending on the need for cold water elsewhere in the home. The pressure-balanced valve monitors the flow of water, and if the pressure of the cold water suddenly drops for a short period of time, the quantity of hot water combined is likewise lowered to avoid scalding.

Shower head sets are available in a large variety of designs, finishes, and materials to match the decor of the bathroom. It is advisable to ensure that the shower head is compatible with the shower arm so that it can be fitted properly – one of the tips to remember when purchasing the best shower head for your home. The shower arm is usually half-inch in size, though it may vary in some homes.

Popular shower set brands in Singapore often feature a fixed shower head and a shower diverter that is smaller in size than the shower head. The shower diverter is often attached to the shower through a flexible hose and utilized when a lesser volume of water is necessary for washing the hair or other specified portions of the body.

Earlier most of the shower products available were fixed high in the bathroom, therefore, it was not possible to change anything. However, in recent years, flexible showers are becoming more popular, since they can be adjusted according to the requirements of the user. The height, angle or direction of the shower can be easily changed as required. 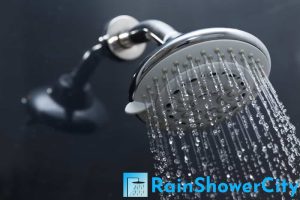 Most homeowners wonder why they should install a water-saving shower set. Water-saving shower sets help save money on water bills and have enough pressure. Due to this, take into consideration the flow rate. Water consumption during a shower is determined by the flow rate and length of the shower, thus it is preferable to use showers with a lower flow rate. Showers with flow rates of 7.5-9 liters are suggested for water conservation.

The water will flow from the shower in various patterns, and the user may choose his own flow type. While the jet spray flow type was formerly common, there are now other versions available that change the pressure, flow rate, and temperature of the water.

Rain shower sets that simulate rainfall are becoming popular and these also have a massage option for greater relaxation. The shower arm is fixed on the wall or ceiling.

Jet showers with many nozzles around the rim come in a variety of styles. A flexible hose is commonly used to connect these jet showers to the water source. 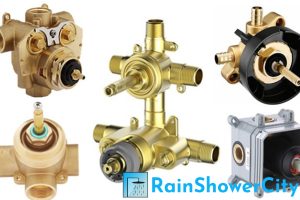 The exposed shower valves are visible and are linked to the shower head. They are typically reasonably priced and simple to install.

A concealed shower set is often designed to be sleek and compact in design. It is normally concealed in the wall or ceiling, with just the valve controls visible for modifying the settings.

Reasons Why Hand Shower Sets are Popular in Singapore